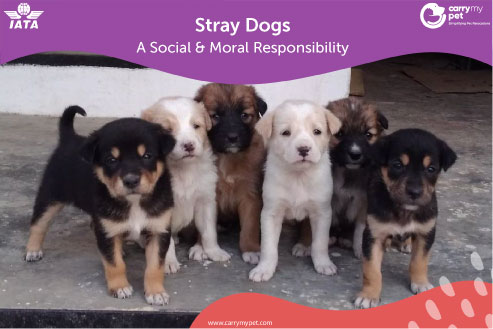 Everyone is aware of the havoc and chaos Covid 19 has created around the globe. To cut down the spread of the virus, almost all the counties have taken a measure of lockdown so that the chain of transmission can be broken. This has led to problems of food and shelter not only for humans but also for stray animals. But cruelty against strays doesn’t limit to the ongoing pandemic crises, where people beat up and torture the mute beings to show hatred and intolerance or just for the sake of fun and entertainment in some cases.

One such incident came to Carry My Pet, an international and domestic pet relocation company based out of Delhi, India, when a kind-hearted man named Sayantan Chakravarty contacted us. Sayantan Chakravarty and Prarthana Chakravarty currently associated with a Medical College in Uttarakhand, are the two people who took the initiative of relocating 10 stray dogs across states.

Both of them were taking care of and feeding 12 stray dogs close to a residential area. However, the residents did not approve of the dogs roaming around freely in the society because of the fear of getting harmed and being bitten and soon started shooing them away. Not only that, their intolerance towards the dogs led to the death of 2 of them.

Sayantan contacted Carry My Pet for the first time on March 4th, 2021, to relocate 12 stray dogs from Srinagar, Uttarakhand to Kolkata, WB, where his brother resides. One of our Sales Associates named Tarunjit Dua initiated the query and started the process of a safe, smooth, and cost-effective solution of relocation. “When they initially contacted, they sounded very anxious to relocate the stray dogs since the residents were not treating them properly. And soon their fear became a reality when 2 of them died. That made them even more paranoid and they wanted those dogs to be picked up from the locality as soon as possible” quoted Tarunjit, recalling his interaction with them. So much was their love for the dogs that they were ready to pay an extra amount for their boarding in Delhi, the priority being that the dogs are picked up safely and relocated.

Carry My Pet has executed numerous cost-effective and hassle-free pet relocations, both internationally and across states within India. And when we came to know about this noble cause, it was so heart-touching that we wanted to support this cause of safely relocating the dogs in any situation. 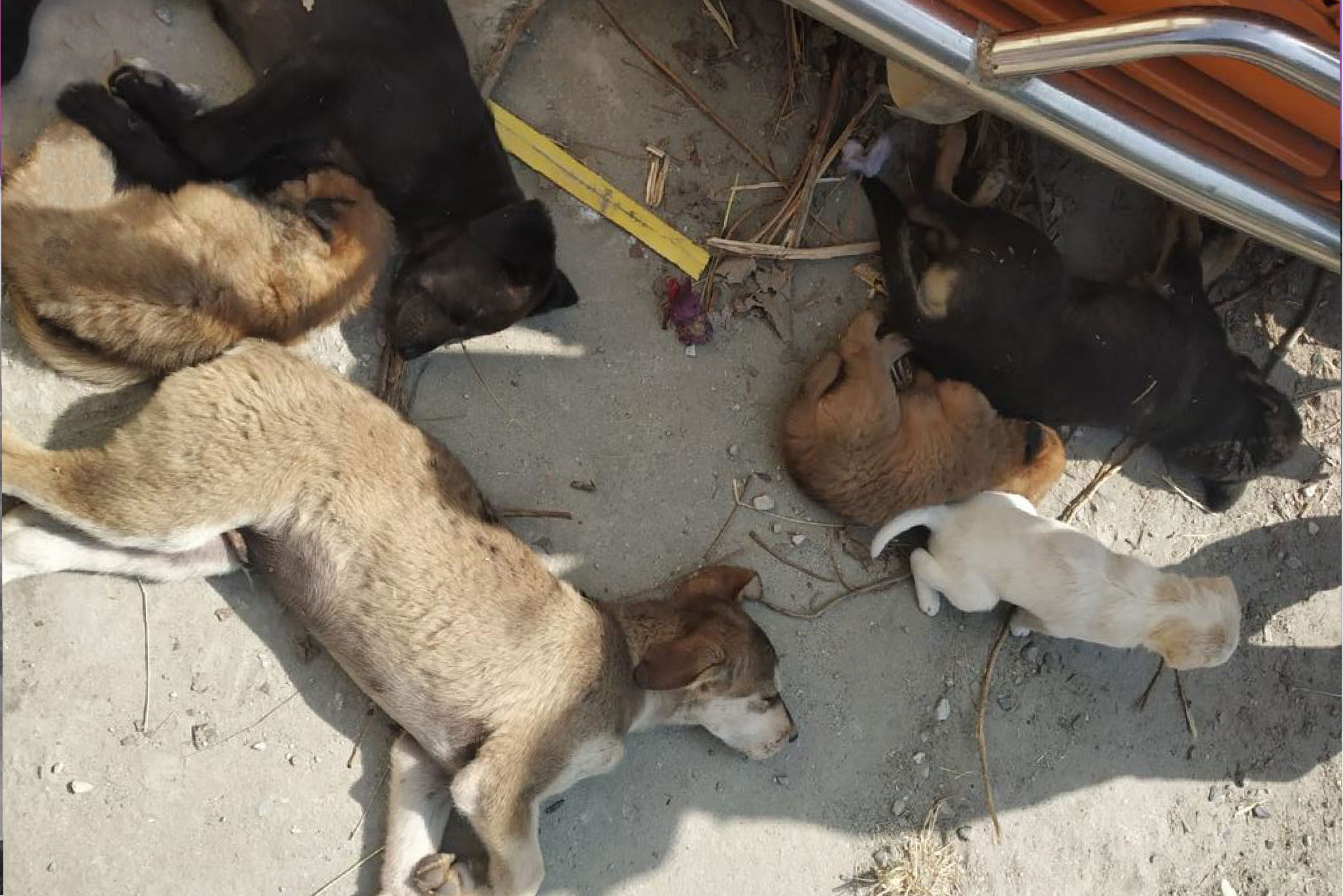 Very first of the challenges faced was picking up of the dogs amid the Covid 19 crises in our pet taxi from Srinagar and bringing them safely to Delhi. Unlike domesticated pets, stray dogs lack in dog training, so neither one can expect them to sit quietly at one place nor can they understand when and where to pee or poop. And there were 10 of them; so one can imagine!! Our Operations Associate Saleem along with his driver partner patiently tried to befriend the dogs for a smooth journey to Delhi. On April 25th, after driving for close to about 10 hours and taking a few pitstops wherever and whenever required, they reached Delhi.

The relocation day had finally arrived on April 26th, when these guys would be on their way to another land that will be safer for them!! The dogs, after being cleaned nicely were taken to the railway station for their departure from Delhi. 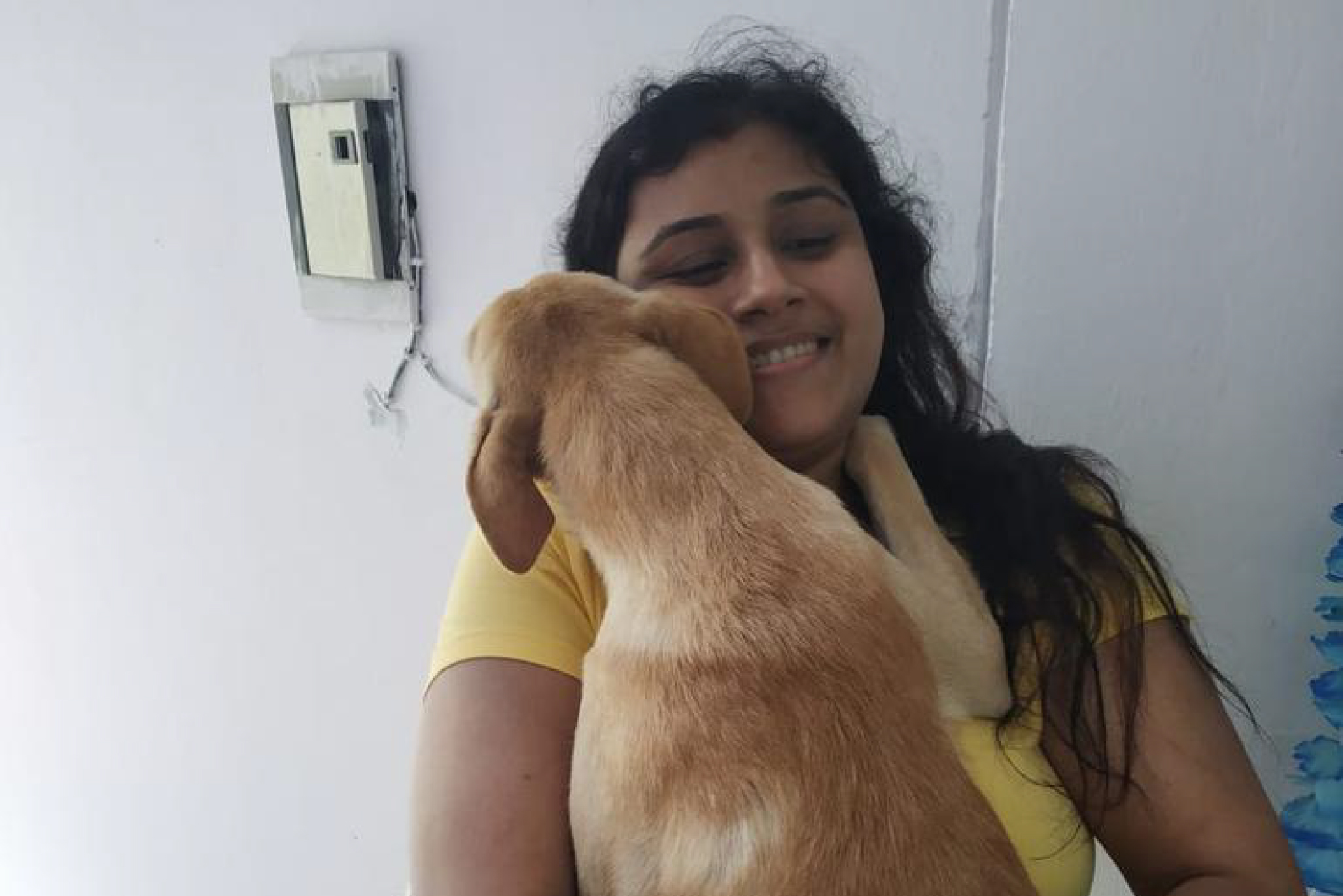 Now the next challenge awaiting us was coordinating with the Railways since the rules of travel were being amended due to the surge in Covid 19 cases, especially in Delhi.With the train tickets already booked and 10 dogs at the railway station, there was no way that we could let Sayantan and Prarthana down!! After all, this was a promise to fulfil a noble cause!!